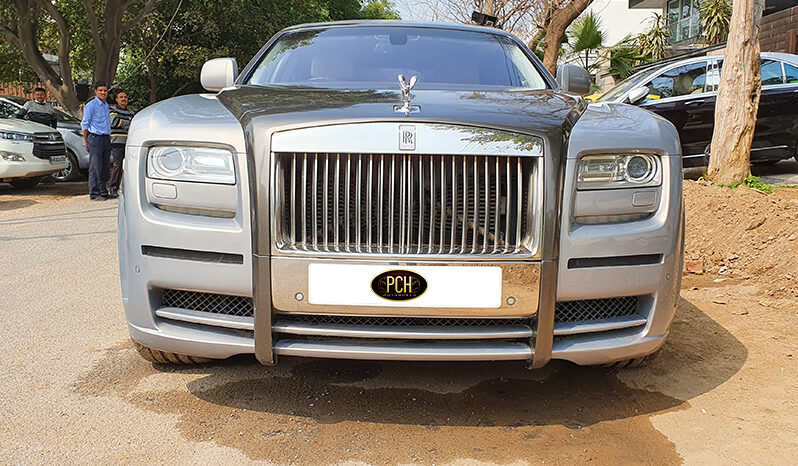 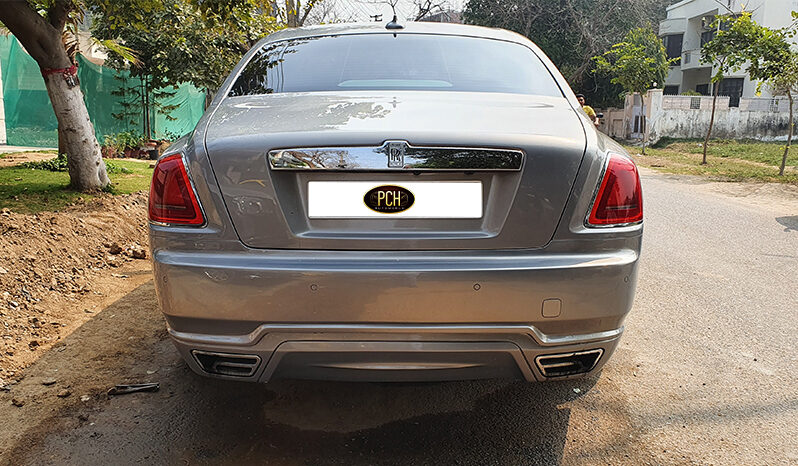 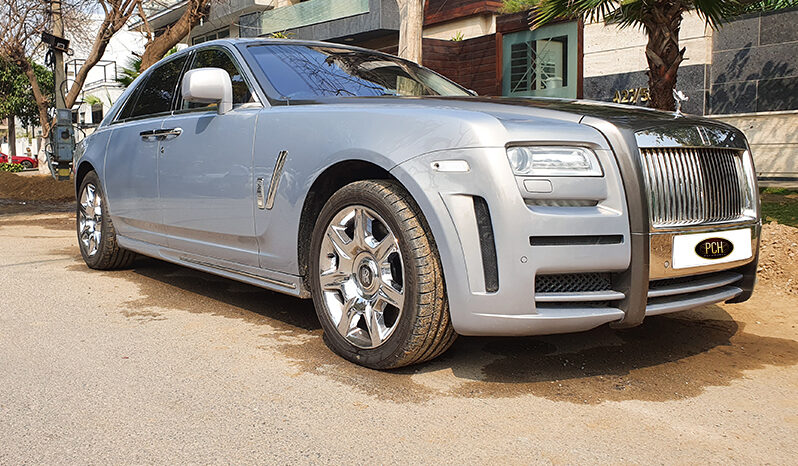 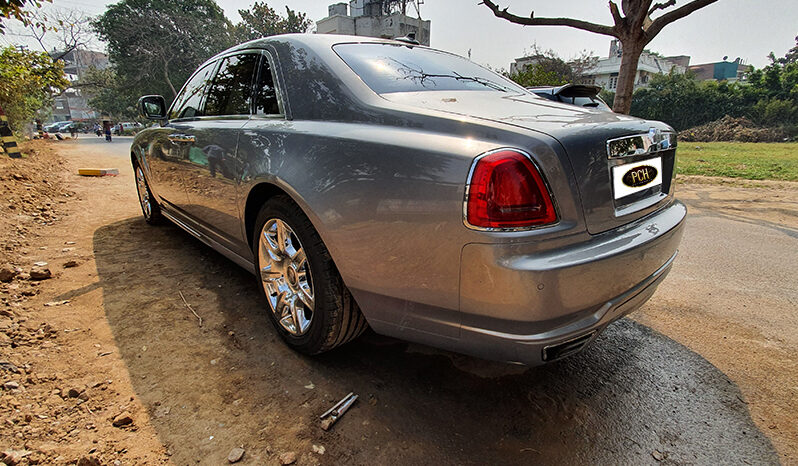 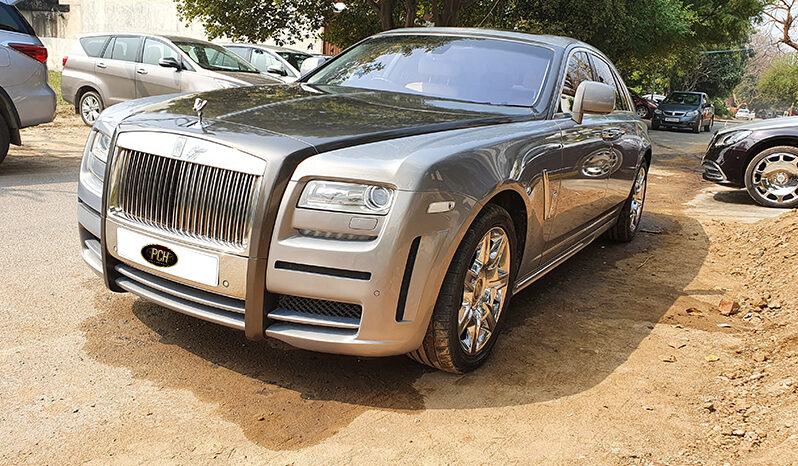 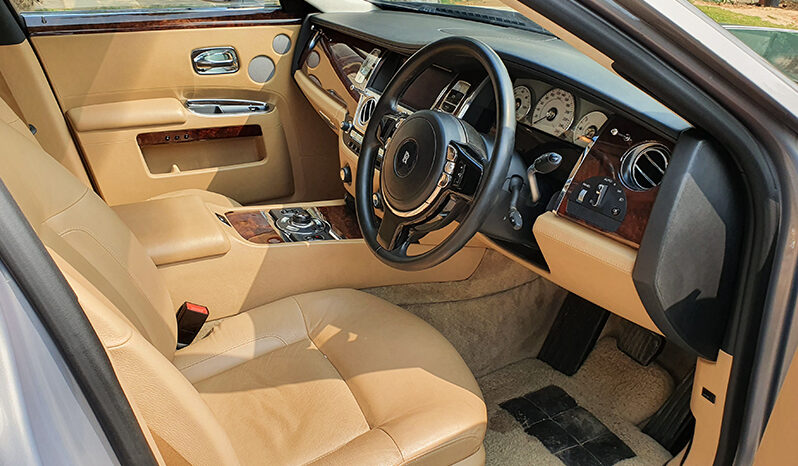 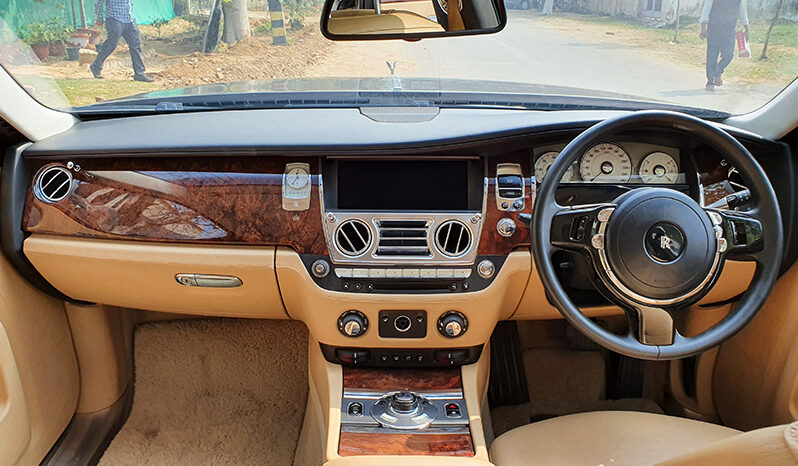 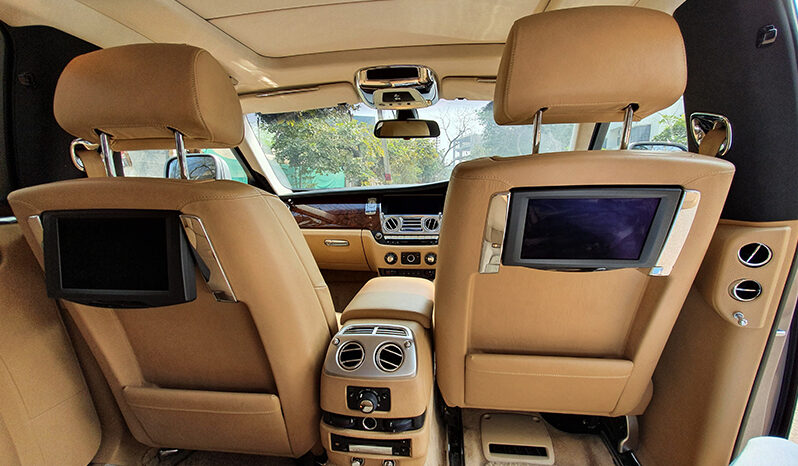 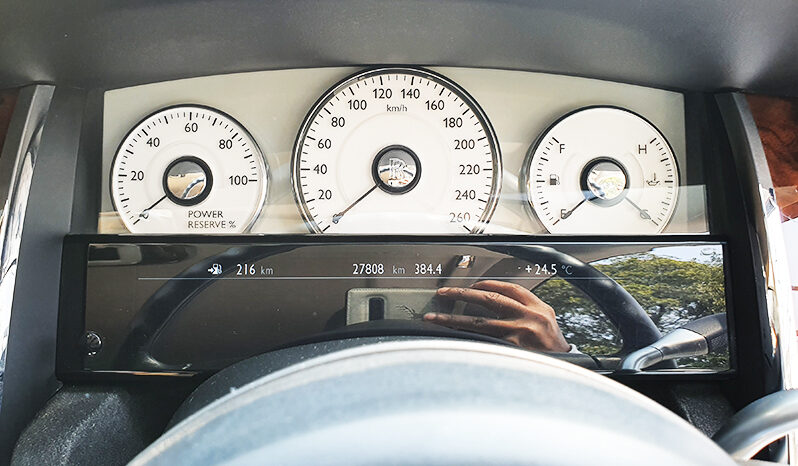 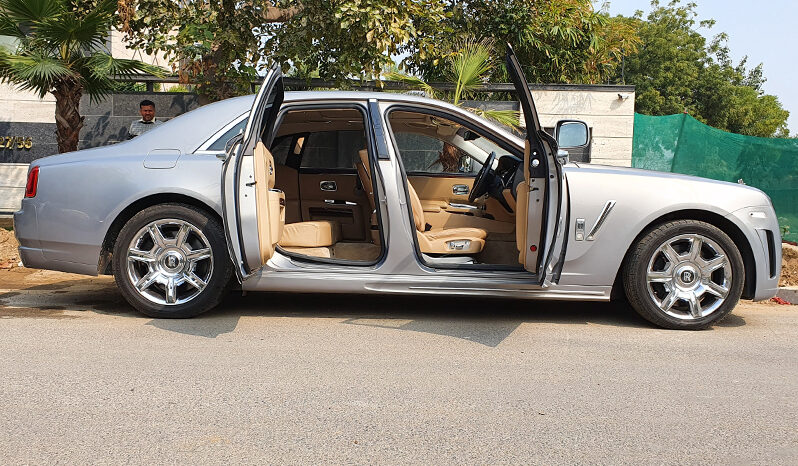 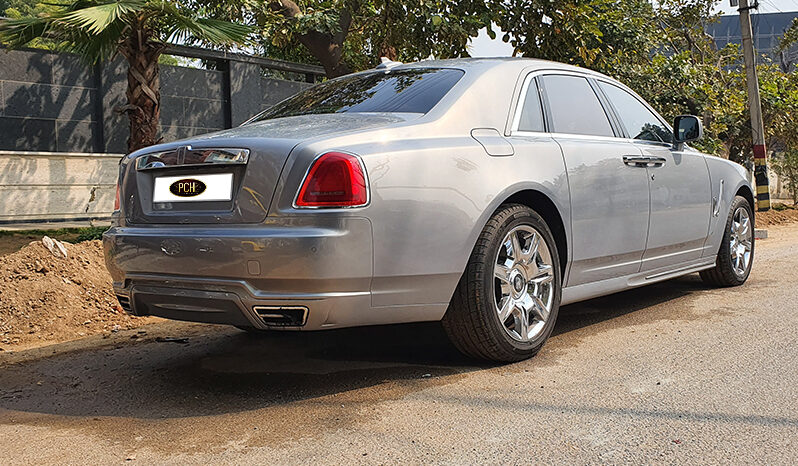 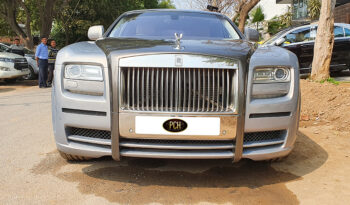 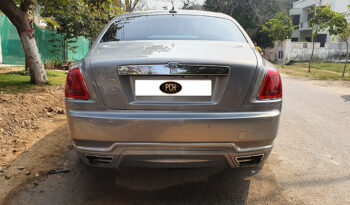 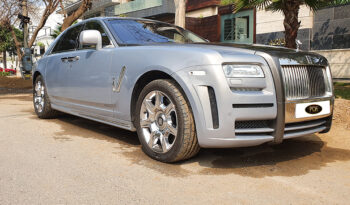 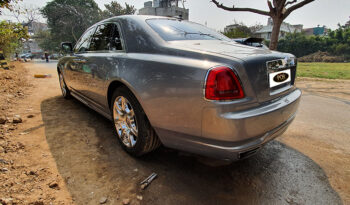 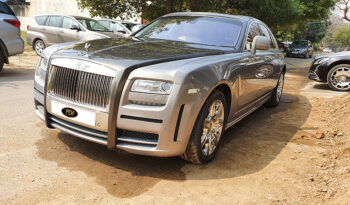 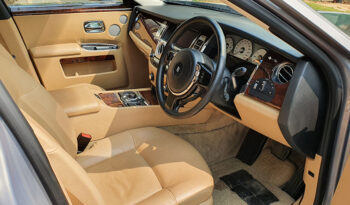 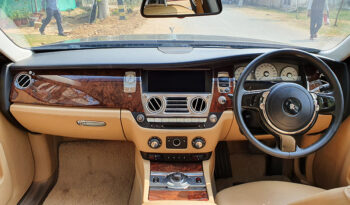 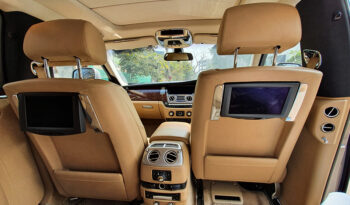 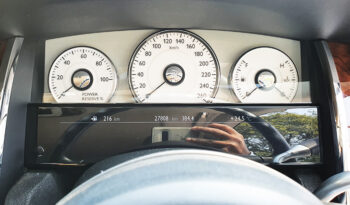 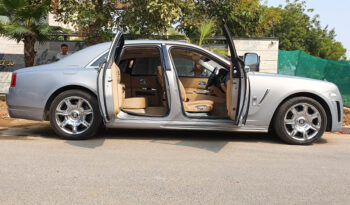 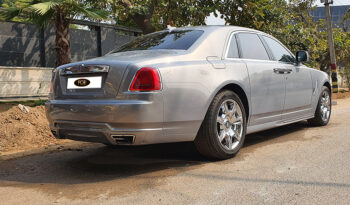 OU WOULD have thought after a hundred years of practice the human being would be quite good at driving cars. Many of us are. Double mini roundabouts. Motorway slip roads. Entrances to multi-storey car parks. We can do them all while talking on the phone, eating a sandwich and thinking about having sex with a lady. But unfortunately an equal number are completely hopeless. Day in and day out I’m presented with a vast array of people who, to put it kindly, are to driving a car what Moira Stuart is to powerboat racing.

Earlier this afternoon, I drove down the Fosse Way and the person in front, in a BMW — not a Peugeot — stopped at every roundabout and set off when an imaginary stopwatch in their head dictated they’d been stationary long enough. Yesterday, on the M25, I was overtaken by a chap in a Kia Picanto who was doing — at least — 95mph. This is 90mph faster than is prudent in such a terrible car. And, to make matters worse, he was swerving from lane to lane so violently that I really did believe he was about to tip over. I wouldn’t drive like that in a car that awful even if my children were being held hostage.

Search for and buy a Rolls-Royce Ghost on driving.co.uk

It’s not the speed freaks that worry me most, though. It’s the dawdlers. The ones who drift about in their own little world of Classic FM and slippers, completely unaware that they are holding up a snake of traffic that stretches back to Plymouth. Added to this group are the militant slowcoaches, the ones who believe that because life dealt them a three of diamonds, everyone else should have a three of diamonds as well. So the only time they ever speed up is when you try to overtake. They do. They want you to have a head-on. It will serve you right for being cleverer and better-looking than they are. To these people a clean driving licence is more important than clean underpants.

Historically, I’ve always argued that the best way of dealing with the dawdlers is to buy a car with at least 500 horsepower. If you have, say, an Aston Martin DBS, you can bite huge chunks from the train that builds up behind a slowcoach. You just drop it into third and floor it, and long before the next bend you can have a horsebox, two tractors, a truck and six Peugeots. And on the next straight, in a snarl of fury, you can take Red Robbo himself in his hateful Hyundai World Cup Interruptus. It doesn’t matter how hard he tries to accelerate to keep you on the wrong side of the road; his puny Korean eco-horse is no match for the searing thunder of Aston’s glorious V12. You don’t just overtake him. You blow the bastard into the hedge.

The other way of dealing with the problem is a bit more expensive. You buy a Rolls-Royce Phantom. Because when you are in a Phantom — well, it’s like snoozing in the bath on a quiet, jasmine-scented summer’s day. You don’t want to get out, so the slower the Hyundai goes, the better.

The Phantom is a towering achievement. There’s no sense that you are driving a car. Built from scratch using very few BMW components, it is part magic carpet, part hovercraft, part Miami’s South Beach and all engineering masterpiece. The leather, the silence of the engine, the craftsmanship: it’s all … well, it’s perfect. There’s no other word, really.

And that’s why it must have been so daunting to produce the car you see in the picture this morning. The so-called baby Rolls. The Ghost. Because you know what happened. The Rolls-Royce boffins were told by their paymasters at BMW to make a car that was the same as a Phantom but smaller and cheaper. Which sounds fine, but, when translated, “smaller and cheaper” means “worse”. So, unlike the Phantom, which is largely bespoke, the Ghost is loosely based on the BMW 7-series. This is always a nag. It doesn’t feel like a BMW 7-series. Nothing you can touch looks as if it came from a BMW 7-series. But you know. And that sullies the experience somewhat. It’s like being married to the daughter of a mass murderer. She’s fine in every way but you know that, deep down, her DNA is from wonky stock.

I therefore approached the door of the Ghost with extreme prejudice. I didn’t think I would like it. And immediately, my worst fears were realised. You get just a carpet, same as you do in a Mini or an Indian restaurant. Rolls-Royces should have big squidgy lamb’s-wool rugs. It’s what sets them aside. Then there’s the steering wheel. In a Rolls it should be no thicker than a pencil but in the Ghost it’s wider than Ron Jeremy’s gentleman sausage. This feels sporty. And that feels wrong. So does the head-up display. It’s a motorcar, for crying out loud; not an F-15.

The engine starts with a sigh, as though it’s been sleeping and you’ve woken it up. But straight away it becomes silent again. That’s nice. And so you move the steering-column-mounted gearlever into “forwards” — “backwards” is your other option — and off you go. Despite the lack of lamb’s wool, there can be no criticism of the way the baby Rolls moves about. It is extremely comfortable — possibly the best-riding car I’ve ever driven — and it is as quiet as a snowy wood. “Ghost” really is the right word.

But it’s no slouch. When you happen upon the inevitable Peugeot, you can mash your foot into where the lamb’s-wool rug should be, and the Ghost will turn out to be very fast. Silently fast, like an owl. And shortly afterwards you discover that, despite the marshmallow ride, it handles well too.

Issues? Well, if you crack the driver’s window to let your smoke out you will discover that the vast door mirror deflects air into the gap with such force that it will blow the end of your cigarette off and knock the spectacles from your nose. I can only presume that the engineers did not uncover this fault because the test cars were their workplace and smoking was therefore banned. But the result is simple. This is not a car for Marlboro man. What’s more, it’s obviously so well made that, inside, mobile phones do not receive a signal. This made my daughter very angry. She had to go a whole seven minutes without sending a single text.

Despite these things, and the lack of lamb’s-wool rugs, it is a brilliant car. It’s spacious and good-looking, trimmed beautifully. Ordinarily, there is nothing from the interior of a car that I’d put in my house, but I’d have the Ghost’s light fittings and clock. They’re gorgeous, and the dials look like jewellery. It really is noticeably better inside than anything from Mercedes, Audi or Jaguar. It is therefore worth the extra outlay.

And yet … You cannot drive a Rolls-Royce if you are in any way a shrinking violet. Rollers bring out the inner communist that lurks in all other road users. So you get the hate. And, what’s more, you know one day you will pull up at the lights alongside a Phantom, and then you’ll get the scorn. There is only one reason you would not buy the bigger car. And it’s that you don’t have the extra £80,000.

We’re moving now towards the point when I need to sum up my feelings for the Ghost, and it’s tricky. As a car, it is hard to criticise, but as an experience, on an intellectual level, it would, I think, be a constant worry … That you’d basically been overcharged for a 7-series BMW. That maybe you should have bought a used Phantom. That maybe a Range Rover does everything the Ghost does, and more, for less. In short, I enjoyed driving the car very much.