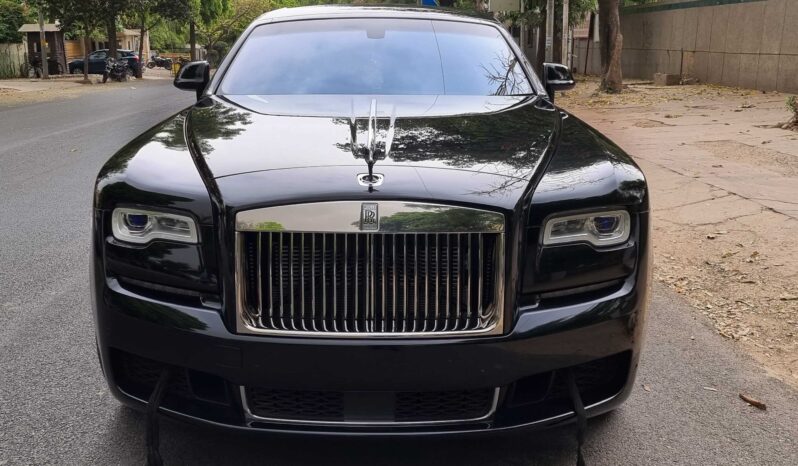 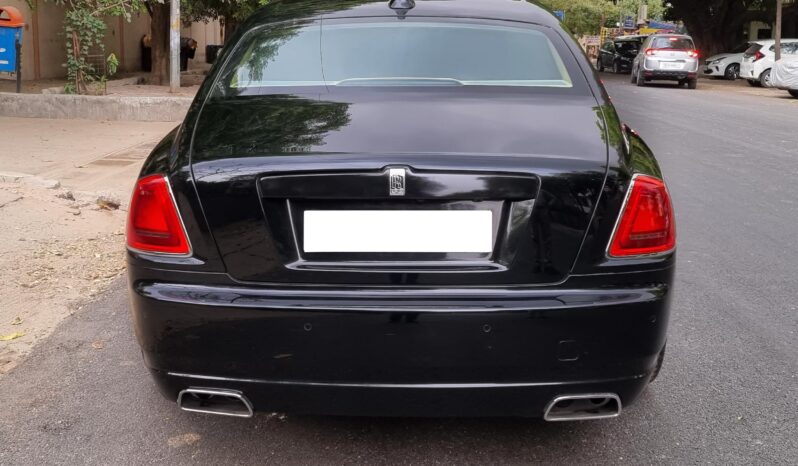 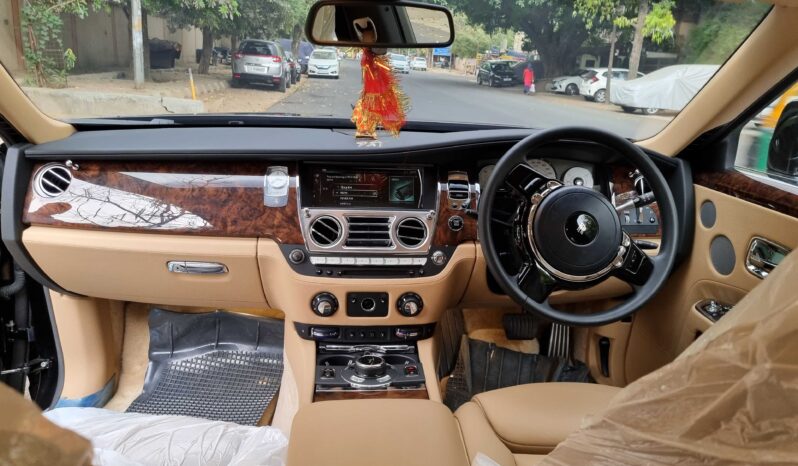 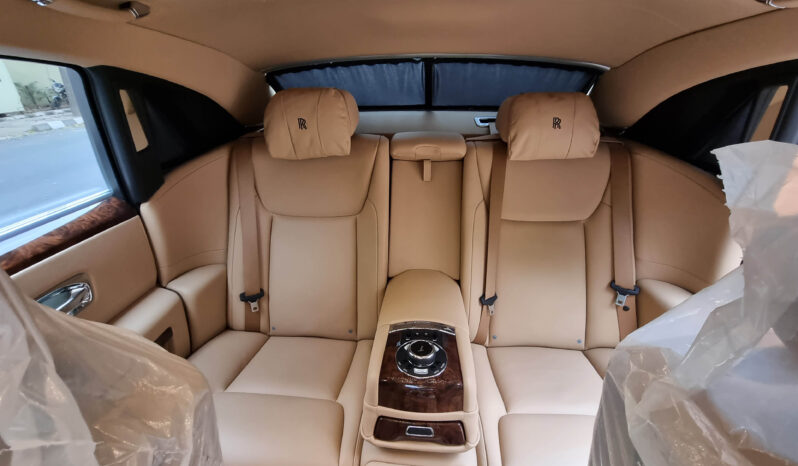 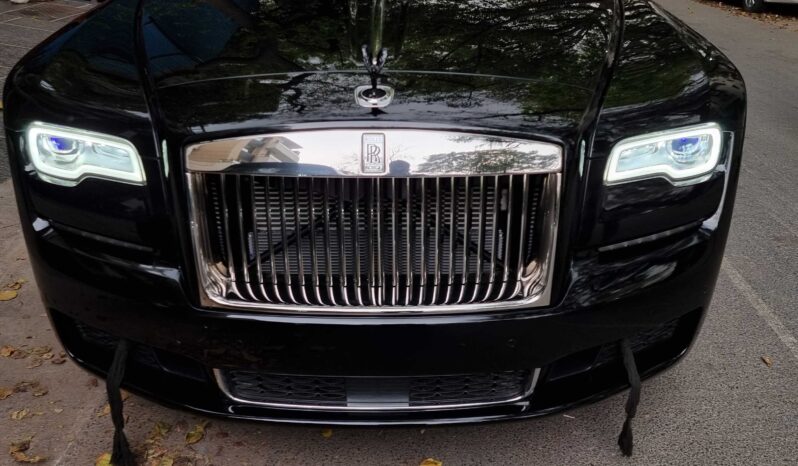 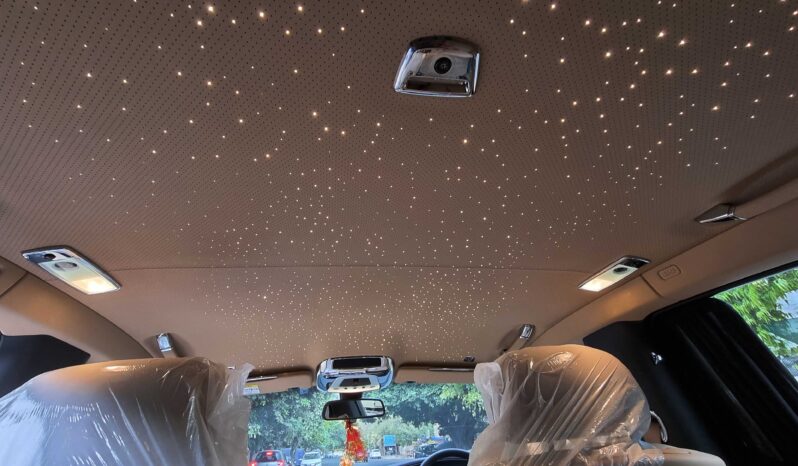 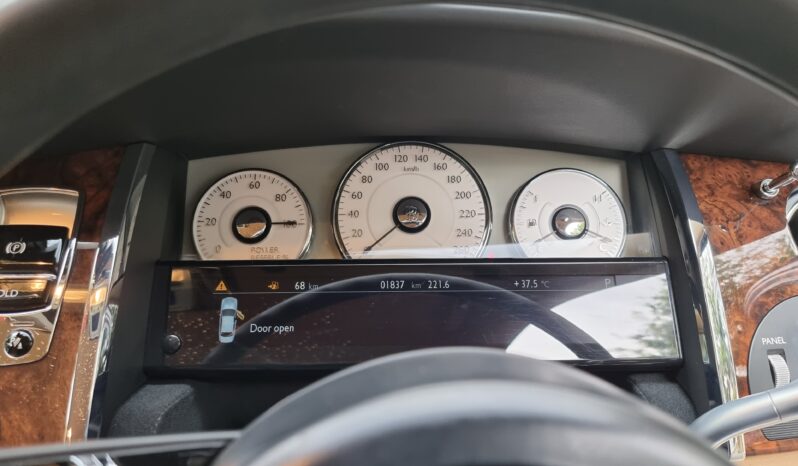 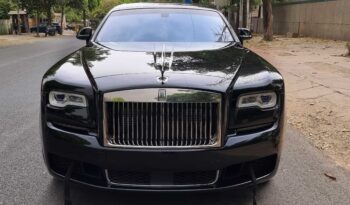 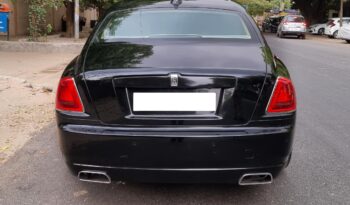 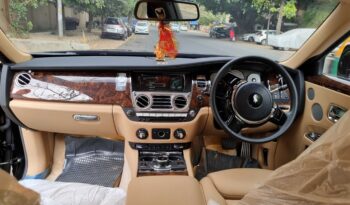 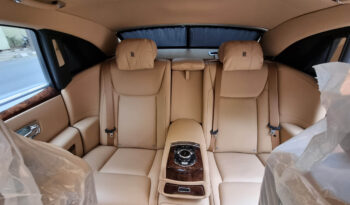 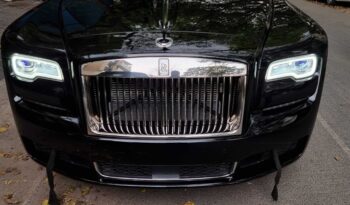 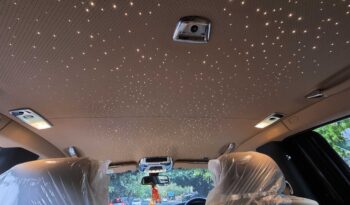 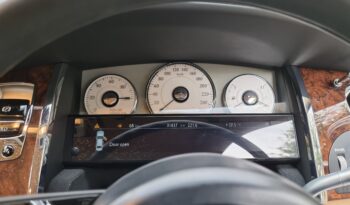 There are only a handful of automotive brands that have earned their reputation as completely as Rolls-Royce. Starting more than 110 years ago with a pure philosophy of making the best-engineered engines (before moving onto vehicles), the British company remains true to this core ideal, even now while under German ownership.

Today the BMW-owned brand competes with the likes of Bentley, which Rolls-Royce operated from 1931 to 2002. This was before BMW took full control of the new entity known as Rolls-Royce Motor Cars, while Volkswagen took control of Bentley.

Interestingly, the Rolls-Royce Motor Cars offerings of today have less in common with those pre-2003 Rolls-Royce models than modern Bentleys, as the Crewe factory in which Bentleys are currently manufactured also built Rollers until the 2002 purchase by Volkswagen AG (with the Rolls-Royce name licensed to BMW by the aeroplane engine arm).

Nonetheless, it’s models like the 2016 Rolls-Royce Ghost Series II, which we are testing here, that have shown the BMW subsidiary to be the real spiritual successor to the dream founded by Charles Rolls and Henry Royce in 1906.

From the outside the Rolls-Royce Ghost update is hard to tell apart from its predecessor. There is a modified grille with better LED lighting, and there have been minor bumper revisions and other minor cosmetic changes, but it’s still largely the Ghost of old. The interior has gained a more advanced version of iDrive (although it is outdone by the new-generation BMW 7 Series that is running iDrive 5.0) and a bit more chrome, but ultimately Rolls-Royce has chosen to keep the inherent value of the Ghost unchanged for its mid-life update.

Which is probably the ideal thing to do, as Ghost owners of 2010-2014 models wouldn’t want to see their cars superseded all that quickly. Those owners forked out an additional $100,000 for the original, although they did get 20-inch alloy wheels with a satin finish, chromed visible exhaust, full camera system (front/side), picnic tables, rear theatre setup, lambswool floor mats and Drivers Assist 3 package as standard. These items are now options for the new model.

Any modern Rolls-Royce is an inclination of wealth, however at $545,000 (previously $646,000) the baby Roller is about a quarter of a million dollars less than the ‘proper’ Phantom. Yet by our accounts, you’re better off with this updated Ghost than the ageing Phantom if you intend to drive yourself.

That’s not to say the Ghost isn’t as comfortable for back seat passengers as a Phantom. It’s just that you don’t look like a chauffeur in the Ghost driver’s seat, while you certainly will in the Phantom’s.

As with a recent test of the Bentley Mulsanne Speed, we picked up our Rolls-Royce Ghost in the United Arab Emirates. Dubai, to be precise, where Rolls-Royce cars are so unbelievably common you begin to understand why some owners go for ridiculous colour combinations just to have something unique.

From the outside the Ghost is, without fail, a proper Rolls-Royce. It looks just as good as a Phantom (if not better) and in a country like Australia it would garner just as much attention as its bigger brother. Though in the right (or wrong) social circles, some might say, “it’s just a Ghost”.

It would be easy to dismiss the Ghost as a BMW 7 Series with a bit of work done. Sure, the BMW forms the base on which the car is built, however the engineering finesse and the attention to detail on the Ghost is hard to ignore.

Our test car was adorned with a two-tone paint consisting of ‘Admiral Blue’ and plenty of silver highlights. On the inside, Rolls-Royce had chosen the primary leather colour as an off-white called Sea Shell, while items such as the seat backs, console lids and arm rests were in a more exterior matching ‘Fleet Blue’.

Although Rolls-Royce is willing to allow any buyer to customise their vehicle as they please (and it has been noted that outside of fleet vehicles, hardly any two Rolls-Royce cars ordered by private owners are ever truly the same), the company does try to guide buyers for colour and material combinations that its designers feel are best suited to the car’s required theme.

There have been some extreme cases, such as one North American owner that insisted his Rolls-Royce be skinned with ostrich leather, which required the company to crash test a vehicle to ensure the usability of airbags with a new leather type (which the owner paid for) before committing to making the car. It doesn’t really get more unique than that. Perhaps kangaroo skin is next?

Behind the wheel the level of soundproofing can make you forget that there’s a monstrous engine under that big and bold bonnet. The 6.6-litre, V12 turbo petrol has an enormous 420kW of power and 780Nm of torque. It can move the Ghost’s 2435kg kerb weight from 0-100km/h in 4.9 seconds. It feels genuinely quick for a car this big. It’s a constant source of a wry smile whenever the right foot is squarely planted to the floor.

So it’s not lacking any grunt and in our entire 350km drive from Dubai to Abu Dhabi and back we never felt wanting for more.

It’s also not lacking in active safety technology as it has available the entire BMW safety suite (head up display, collision warning systems, full camera view system etc), though these all really should be standard equipment.

As Rolls-Royce claims the Ghost to be the driver’s car (as is the Wraith) one might expect better dynamic capability. When compared to its 7 Series donor or even the Mercedes-AMG S63, the Ghost can feel a little lacking in this regard. Then again, this is a car that leans far more towards the requirements of luxury and comfort rather than dynamic ability, and those who drive a Ghost do not do so as their primary car.

It’s the inside that is truly where the Ghost comes alive. The front and rear seats are extremely supportive and very plush. Almost too plush. There are plenty of features to make the experience even better, though it must be said that the cooled seats that we so desperately needed in the UAE seemed to develop an issue in our car and failed to activate, despite repeated attempts.

When we reached our destination in Abu Dhabi – the Al Forsan sporting complex with the world’s best Go Kart track – it was evident the Roller had performed an impeccable job, for we had been so deeply lost in our own conversation that we realised we had barely heard another car in the entire 90 minute journey.

On the way back to Dubai, we played with the car’s ZF 8-speed transmission, which we were told could prepare for upcoming corners and turns based on GPS data. So if it knows you’re about to take an exit off the highway in the next 300m and subsequently need to slow down for a roundabout, it will downshift before the event for a smoother acceleration when making the turn.

It’s an interesting technology that was originally developed by BMW but was seen to be better suited to Rolls-Royce application (first in Wraith) than the 7 series. In reality it was hard to ‘feel’ the feature working, but it certainly is a tech that makes for great dinner conversation.

Ultimately that is what the Ghost is for; a true reflection of ‘having made it’ with levels of comfort that are rivaled only by Bentley. It’s the extreme attention to detail, as well as an unbelievable amount of customisation options that make the process of ordering a Rolls-Royce such a unique experience. If you have the means, there’s nothing quite like it.