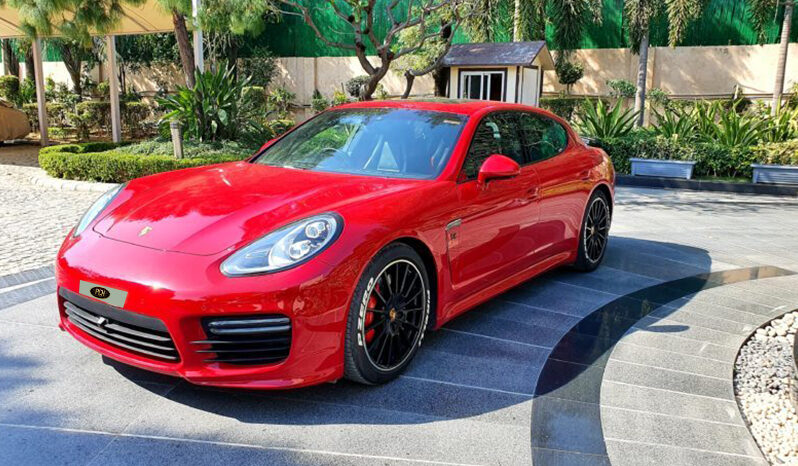 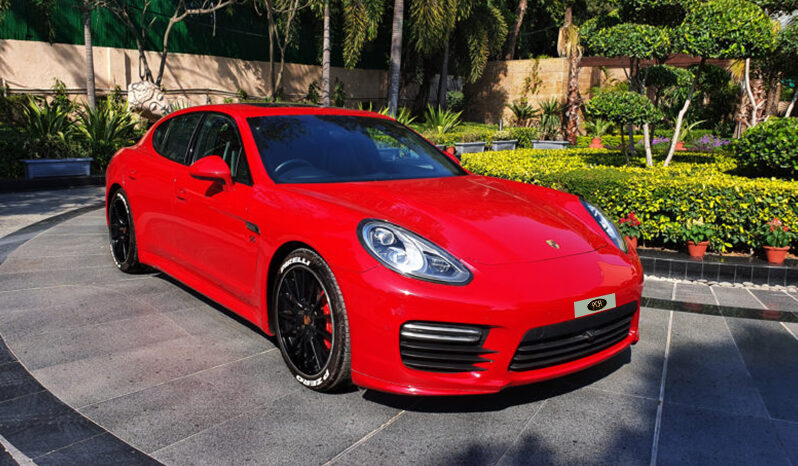 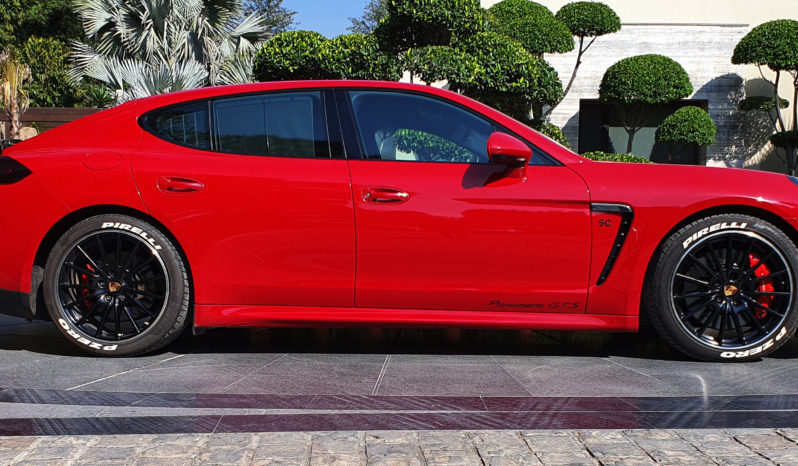 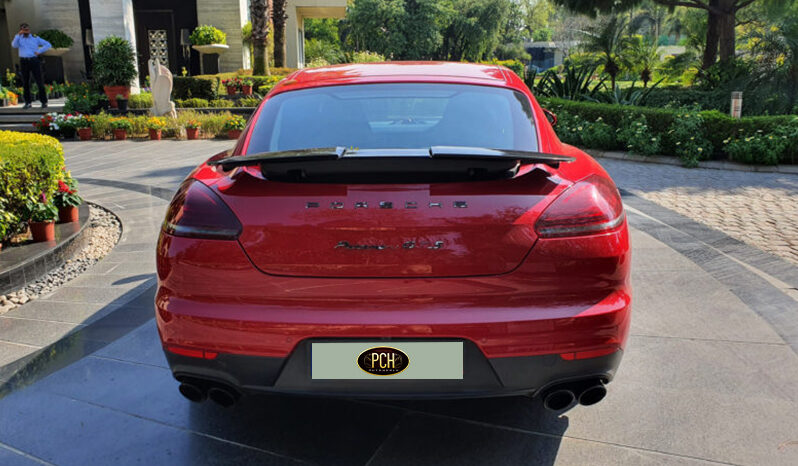 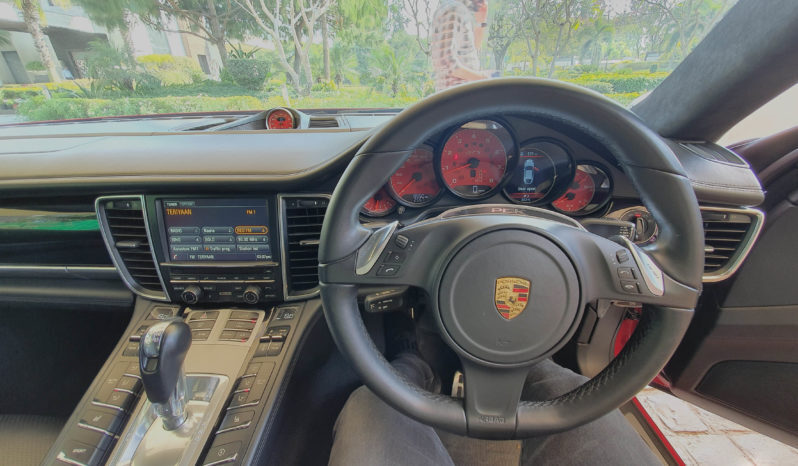 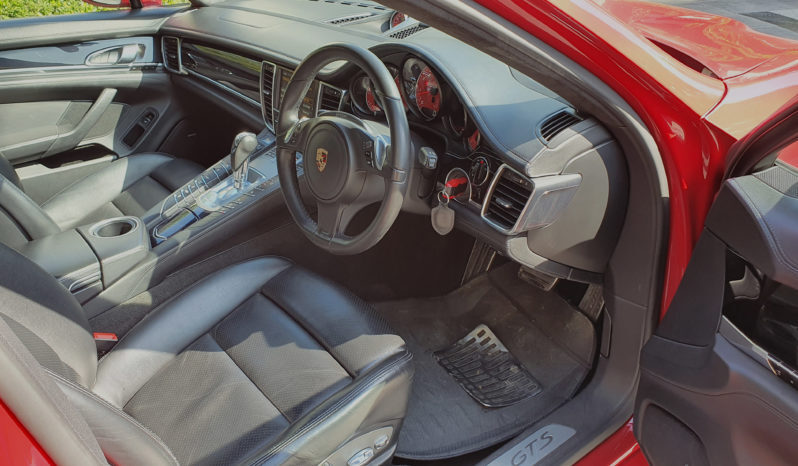 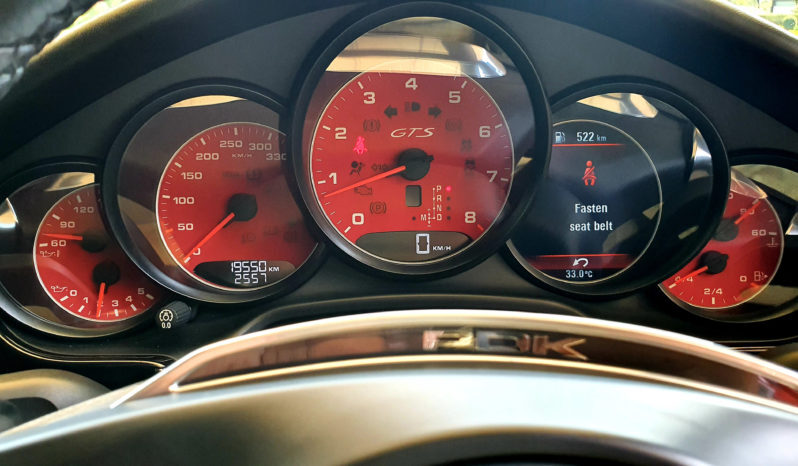 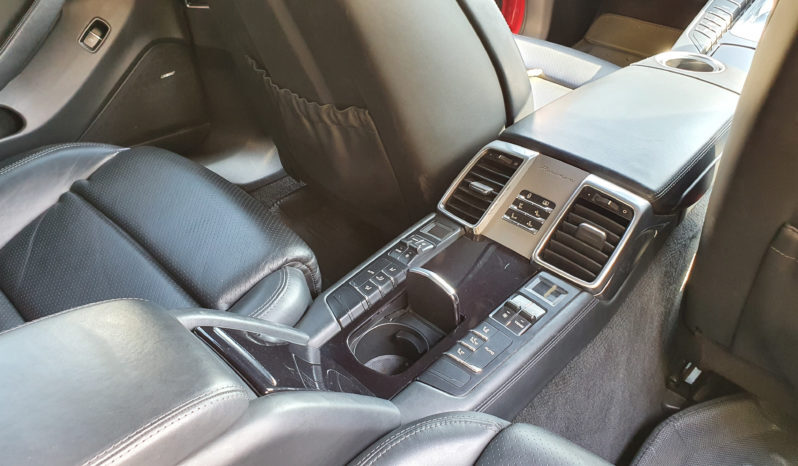 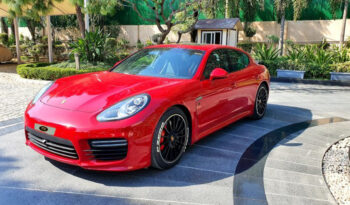 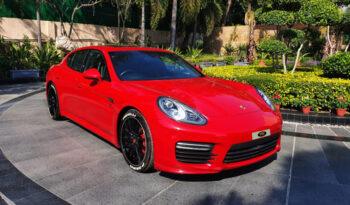 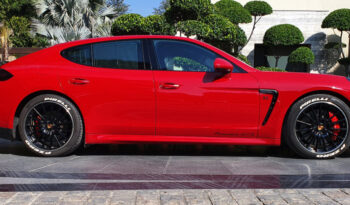 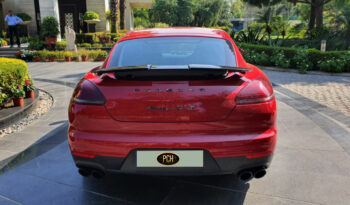 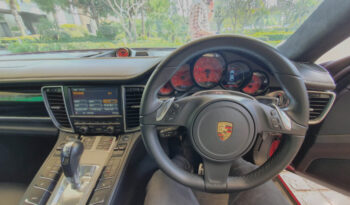 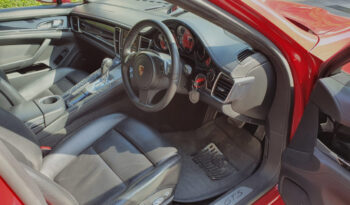 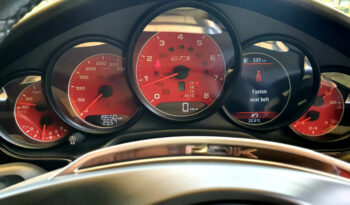 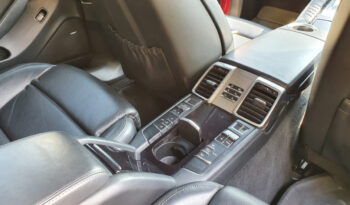 On paper, the Porsche Panamera GTS offers a blend of sports car performance with executive car luxury. What Car? finds out if that mixture translates to the real world…

Think Porsche Panamera and you’ll most likely think of a car that’s large, ever-so-slightly ungainly on the eye, and great at covering long distances. You tend not to think of it as a full-on sporting saloon in the mould of the Mercedes CLS 63 AMG or BMW M6 Gran Coupe.

That’s where this GTS version comes in, because it’s designed to give the Panamera a sporting intent that’s missing from the other models in the range, including the bombastic Panamera Turbo flagship.

To achieve that aim, it has adaptive suspension that’s 10mm lower than that of other Panameras, it has the upgraded brakes from the Panamera Turbo, a sports exhaust system and GTS logos in various spots inside and out. The car also features adaptive bi-xenon headlights with black surrounds.

Pardon the pun, but it gets off to a good start, because it fires up with a racecar bark, before settling quickly into an idle that’s raucous and full of raw potential.

Pull away and everything is smooth and gentle, with little hint of the savage potential that’s a squeeze of the throttle away. The seven-speed PDK automatic gearbox shifts up and down through the ratios quickly and unobtrusively, keeping the engine barely above tickover.

Plant your right foot, and the gearbox takes a second or so to get the idea that you’d quite like the afterburners to kick in. When it does, though, it snicks into the appropriate cog and the GTS hurls itself forwards, helped by the four-wheel-drive system finding great traction. The V8 woofle becomes a full-on howl, and even as the speed increases it continues to gather momentum with scarcely any respite.

Corners are a slightly different matter, however. The Panamera certainly grips hard and turns faithfully, and the steering gives a reasonable idea of what the front wheels are up to. However, it doesn’t feel like a truly sporting saloon because it never shrinks around you the way its best rivals do.

It always feels like a large and heavy car that’s a bit uncomfortable being hustled along a twisty road. You’re best to flick the adaptive suspension into Sport mode, because it keeps the body under better control and sharpens up the gearbox and throttle responses. We’d avoid Sport Plus, which makes the ride flint-hard and renders the car skittery and nervous over bumpy, scarred roads.

So what about the motorway? It’s very stable and never gets deflected offline, even by the ruts left by large trucks in the inside lane. It’s the sort of machine in which you could go a very long way (fuel range permitting) with ease. It’s best to leave the suspension in Comfort when cruising, but even then the ride is jittery and fidgety, and there’s too much vertical body movement.

It’s a lovely thing, the Panamera’s interior. There’s decent space for four people, and the large rear doors make it easy to get into and out of the rear seats.

The GTS has leather-and-Alcantara-trimmed sports seats, which hold you in all the right places, and electric adjustment so it’s easy to find the perfect driving position. Driver and passenger are separated by a large centre console that contains a vast array of buttons and looks impressive at first glance, but is a bit awkward in practice. It can be tricky to find the right button, even when you’re familiar with the layout.

Still, it’s all beautifully put together and comes with climate control, a Bose audio system, auto-dimming interior and exterior mirrors, cruise control and parking sensors as standard. However, the GTS costs more than £93k, so that’s the minimum you should expect. Essentials such as Bluetooth, satellite-navigation, DAB radio and even a CD multichanger are all consigned to the rather extensive options catalogue.

The boot is easy to get to, thanks to an electrically operated rear hatch, and while the load bay is long enough, it isn’t particularly large or deep enough, given the Panamera’s vast exterior dimensions.